Address from the Chairman
develop strategy
About Us

date:2020-01-17 16:11click:writer:aikangs
Hardly had the mist been dispersed by the long-lost sunlight on the morning of December 3, when members of Aikang Group Office, presidents of various hospitals affiliated to Aikang Group, and vice presidents of Aikang Cloud Technology Co., Ltd. and Aikang Mommy Internet Technology Co., Ltd. had lined up in front of the Wuhan headquarters of Aikang Group, waiting for the arrival of an important person. He is Li Peigen, Academician of the Chinese Academy of Engineering, Professor and former President of Huazhong University of Science and Technology. He would attend the meet-and-greet meeting in the capacity of Co-Chairman of Aikang Group. 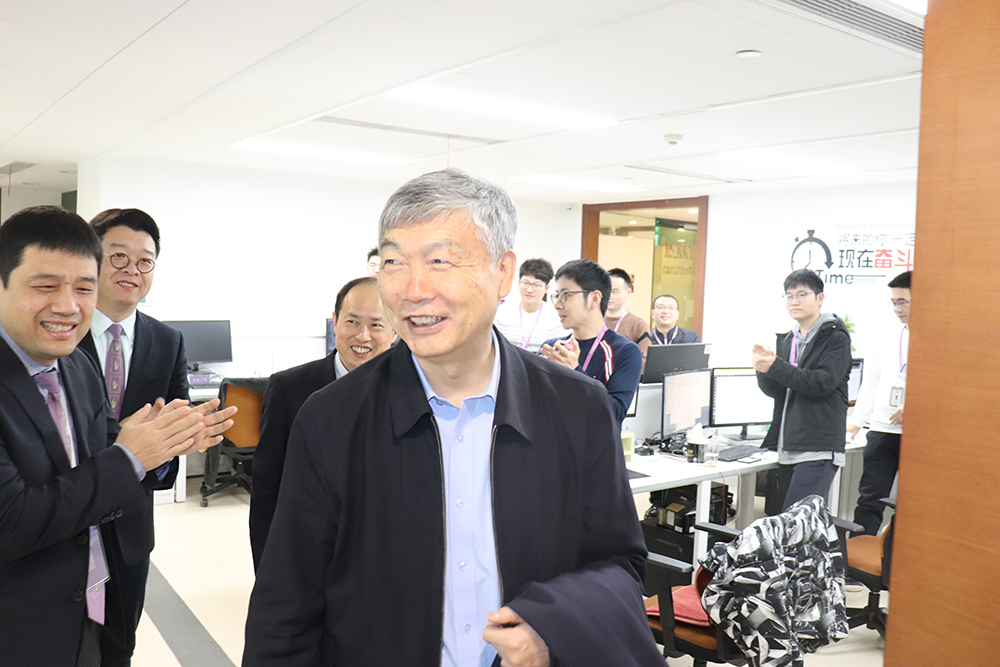 Senior executives lining up to welcome Academician Li Peigen
Li Peigen’s (Uncle Gen) mission to boost development of Aikang Group
In the waves of warm applause, Academician Li Peigen took a step of milestone significance for the development of Aikang Group. First, Mr. Wang Guannan, Senior Vice President of Aikang Group, took him around the headquarters. When visiting the Aikang Cloud Technology R & D Office, he was recognized by some employees at a glance. Such employees who graduated from Huazhong University of Science and Technology warmly greeted him, feeling excited because they would work together from then on.


Staying realistic and pragmatic, Li Peigen, as the good former President of Huazhong University of Science and Technology, is reputed as "Uncle Gen". He embarks on a new journey as the Co-Chairman of Aikang Group, shouldering an honorable mission to help Aikang Group build a world-class medical management group and create a life-equality-oriented medical environment.
At the meet-and-greet meeting, Wuhan headquarters of Aikang Group initiated a video connection with North American Business headquarters of Aikang Group. At the video conference, Dr. Wang Dong, Chairman of Aikang Group, first introduced the situation about Academician Li’s joining Aikang Group. He said: "I am very honored and excited to see Academician Li has become our Co-Chairman. Common values forged an indissoluble bond between us fifteen years ago. So far, he has participated in making of many important decisions for our development, and offered many guiding opinions on the revision of the Aikang Basic Law. 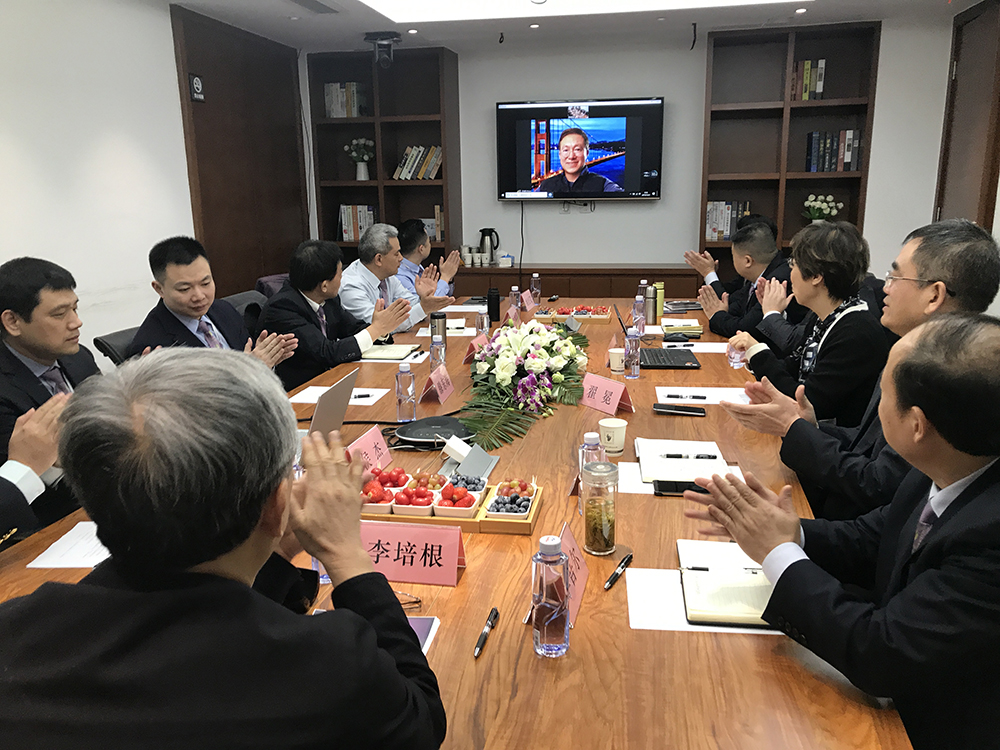 Chairman Wang Dong at the video conference venue in North American Business headquarters
Fifteen years ago, Dr. Wang Dong, a well-known real estate elite in Beijing, resolutely shifted his business focus to the medical field. Instead of purely seeking profits, he determined to devote to a lofty and great cause that can benefit tens of millions of patients, hoping all his customers can enjoy medical resources with dignity and equality. If so, he would feel quite satisfied and happy.
Since his childhood, Academician Li Peigen has been edified and influenced deeply by his father as a doctor at Tongji Hospital. With the same values as that of Dr. Wang Dong, he was deeply touched by the personality charm and benevolence of Dr. Wang Dong.
Strongly agreeing to the values of Aikang Group, Academician Li Peigen decided to join Aikang Group to advance the health management undertaking of benefiting the country and the people. Now he has officially become the Co-Chairman of Aikang Group, helping Aikang Group to create a life-equality-oriented medical environment with love, to make a substantial breakthrough in health management of chronic diseases worldwide, and to build an international hospital management group. 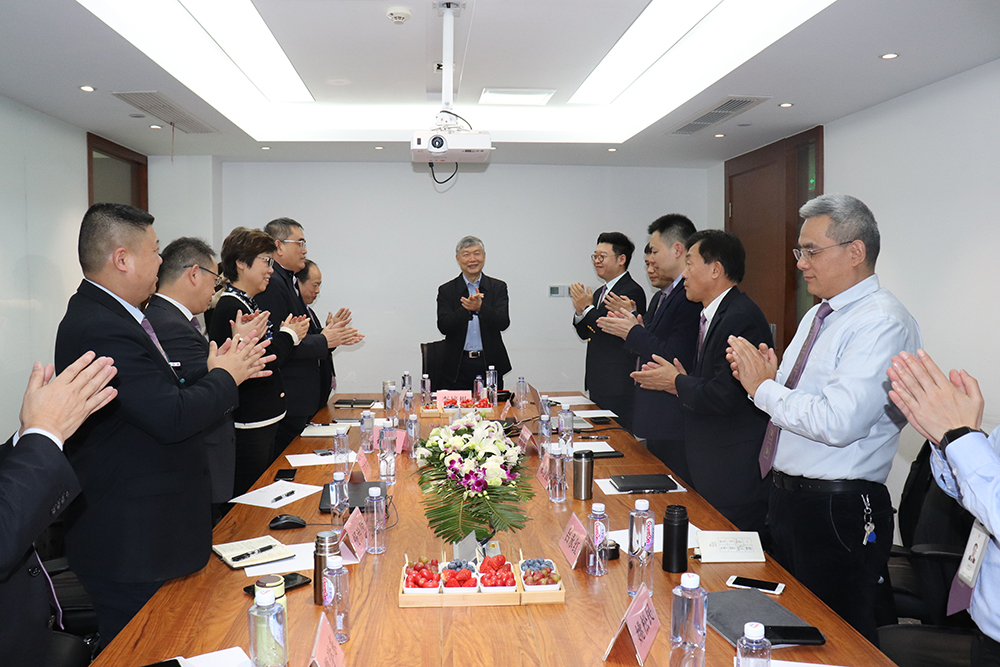 After the meeting, senior executives encouraged "Uncle Gen" with love
He also said: "Living up to Dr. Wang Dong's original intention, we must spare no effort to develop Aikang Group well to benefit the country and the people. Let us join hands to create a life-equality-oriented medical environment with our love.” 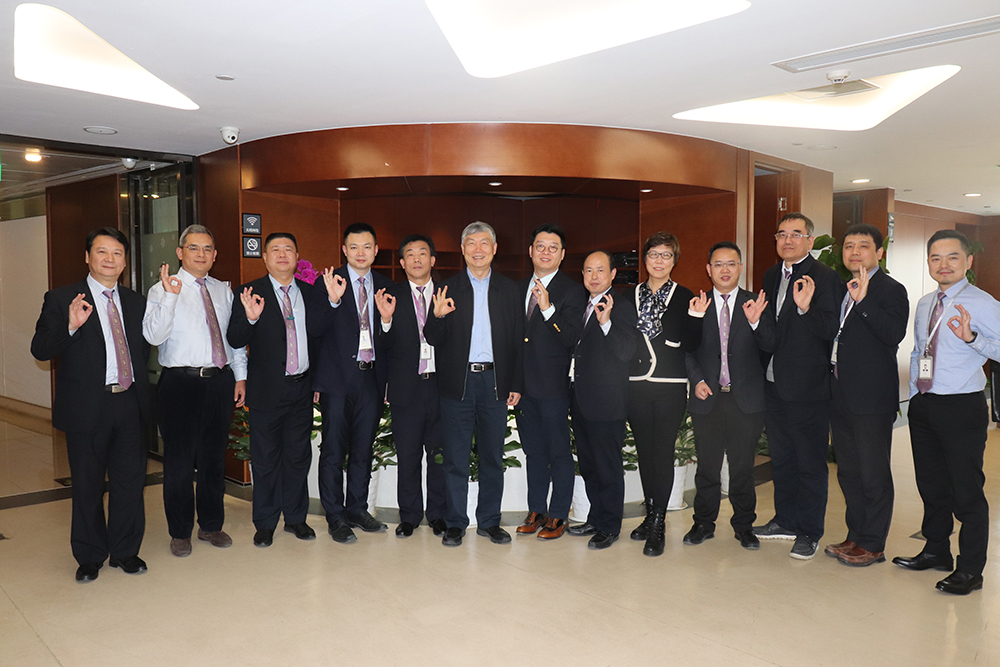